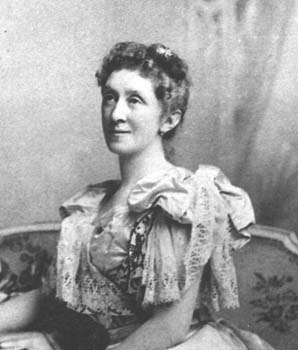 Born Margaret Elvire Hammersley of well-to-do settlers who arrived at the Swan River Colony in 1837, Margaret Forrest was educated at home by governesses. In 1925 she recalled her happy childhood in an interview:

'I had a most happy childhood and girlhood. When released from my schoolroom, I passed my time pleasantly in singing and painting and riding and visiting . . in fact, every moment was fully filled, as I was also fond of gardening. I adore nature and our lovely wild flowers which I have painted from childhood'
(West Australian, 18 September 1925.)


In 1876 she married John Forrest who became the first premier of Western Australia, was elected to Federal Parliament in 1901 and was briefly acting Prime Minister in l907.

Her interest in native plants, plus her position in society, brought her into contact with many of the leading botanists and botanical artists who visited Australia. In 1880, for example, she provided the specimens for Marianne North, the English botanical artist. In 1889 Forrest set off with Marian Ellis Rowan to Geraldton and the area north of Carnarvon painting the spring flowers.

She was a founding member of the West Australian Society of Arts in 1896 and of the earlier Wilgie Club, which was possibly the first artists' society in the State.

FORREST, MARGARET ELVIRE née HAMERSLEY, 22 October 1844-13 June 1929, coll. WA. Born in Le Havre, France, to Edward Hamersley (1810-1874) and Anne Louise née Cornelis. The family migrated to WA in 1850 where they became prominent pastoralists. Margaret grew up an accomplished watercolour artist. In 1876, she married John Forrest (1847-1918), a surveyor, explorer and politician. They did not have any children. Ferdinand Mueller stayed with the Forrests on a visit to WA in 1877.