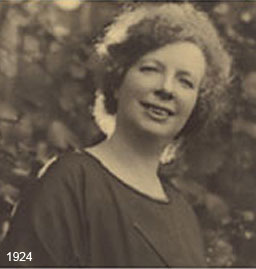 Margaret studied art in Sydney under W. Lister Lister, at the National Gallery School, Melbourne, and at the Adelaide School of Design. In 1904 she went to Munich to attend the Government Art School for Women, going to Paris where she studied at the Musee Guimet and exhibited still lifes. After a brief return to Adelaide in 1907 she left again for Europe, working with disabled soldiers in Devon. In 1919, after returning to Australia by way of North America, she married William George Preston, a businessman, and settled in Sydney. The couple travelled extensively throughout Australia, the Middle East, Africa, Europe and the Pacific Islands.

Although well known for her decorative still lifes, she was also a skilful wood engraver and linocut printer. Her woodcut and linocut prints featuring Australian native plants have become very popular in recent years. A writer and lecturer of art, she was a champion of and influenced by Aboriginal bark paintings. She was a member of the Society of Artists, the Australian Art Association and the Contemporary Group, Sydney. At the Paris International Exhibition in 1937 she was awarded a silver medal.