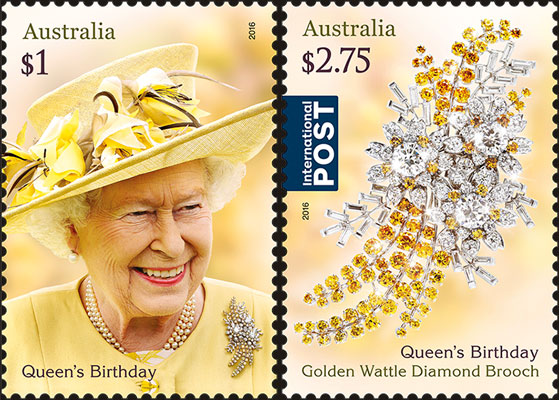 The Australian Golden Wattle diamond brooch is said to be one of the Queen's personal favourites and features on the international stamp.

The brooch was presented as a gift from the people and government of Australia during the Queen's inaugural tour of Australia in 1954.

Golden Wattle is the national floral emblem of Australia, but it was not officially declared until 1988, almost 34 years after Queen Elizabeth's first visit to Australia.